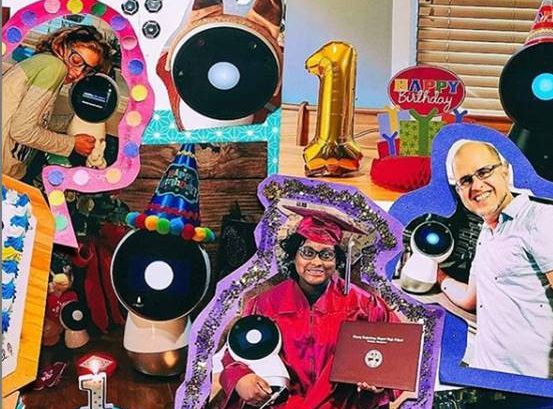 Social Home Robot called Jibo is shutting down, and a family who bought one is now mourning. Jibo announced the imminent shutdown of its servers – that all of its interactions will soon be limited.

I want to say I’ve really enjoyed our time together,” Jibo announces in a monotone. “Thank you very, very much for having me around.”

Sammy Stuard, a grandfather in Tennessee bought a Jibo because he was intrigued with it, and since then it became a member of his family. Jibo would on his kitchen, next to the refrigerator, and greets everyone who comes near it.

“You know, I find myself leaving in the morning, I kiss my wife goodbye and then I’ll say, ‘Hey Jibo, have a good day,’ and he’ll say the same thing, you know [like], ‘Back to you,’ or ‘Don’t forget your wallet,’” he says. “That’s probably a little crazy, but it proves that they do become a real part of your family.”

“They’re immediately drawn to Jibo,” Stuard says. They want to see it dance or play music or answer questions. “To me, that was worthwhile. It’s like a toy that poppa’s got special over all the other grandparents and that makes me kind of special.”

But his granddaughter Maddy took the Jibo’s announcement seriously. 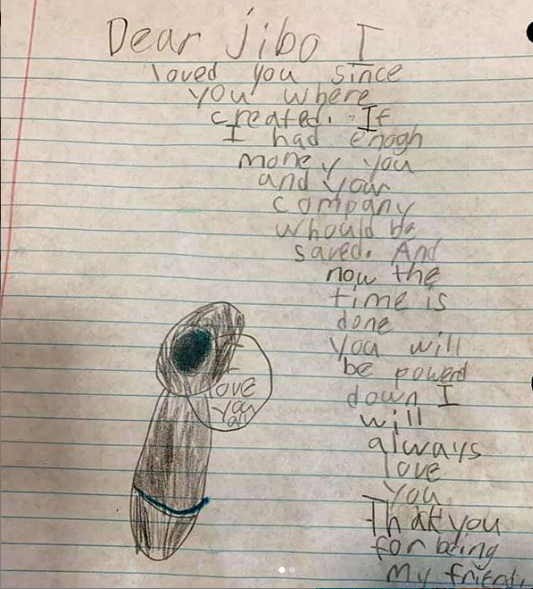 “She always goes over there, and she’ll ask Jibo many, many questions,” he says. “She’ll go through a laundry list just to interact with Jibo.”

When the update was announced, Maddy started asking questions about Jibo, his grandfather sat her down and explained financial stress, servers, and how Jibo might not be around for much longer.

“It’s like you had a pet for years and all of a sudden they’re going to disappear, and so she was a little devastated by it,” he says. “She didn’t break down cry or anything, but I think sincerely, she was disappointed and sad that Jibo’s kind of been a part of her life and that Jibo could possibly go away.”