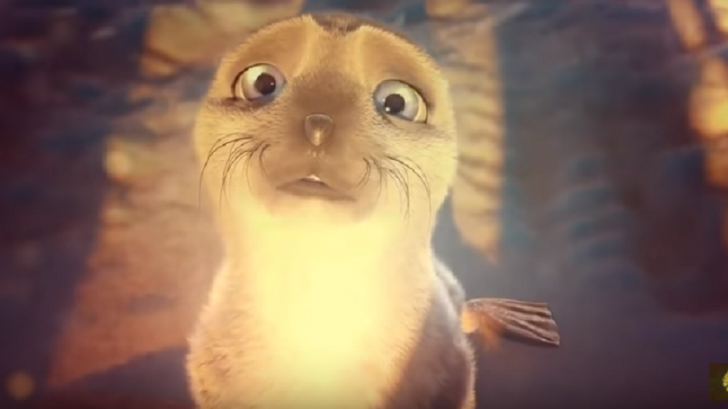 In less than four minutes, this animation accurately depicted one of the things that’s wrong with the world today. Humans have become so increasingly ambitious that they often fail to look at the bigger picture – that with every “progress”, animals and nature have to pay the price.

Before, climate change was something only experts and scientists talked about. But nowadays, we can clearly see the evidence – only recently, Greenland lost over 2 billion tons of ice. Does it seem like much? The best ones to answer this are those living in or around the area – especially the wildlife. It’s not just about losing their homes but it also affects the food chain and warms temperature.

“Climate change is not the concern of just one or two nations. It is an issue that affects the whole of humanity and every living being on this earth.” – Dalai Lama

From seals to polar bears, they will all be affected.

And the sad part? These could all be prevented. Humans are to blame entirely. In the animated video, while it doesn’t directly talk about climate change, it did present to us how humans changed the animals’ lives – for the worse. Take the parent and child rhinoceros, for example.

Poachers take the horn and sell it for around $300,000. And it’s destroying their populations. For what use? A stupid myth that horn powder can cure a variety of diseases like liver problems and even cancer. Is there any proof? Nope. It’s all based on rumors. That’s just one reason. Another sounds just as stupid as the first one – people buy rhino’s horns as a status symbol to display their wealth.

Why are humans doing this? How can we be so cruel? We’re not the only ones on this planet so why are some people acting like every other living thing is beneath us? Just watch this video and we guarantee, it’s going to change how you perceive things.