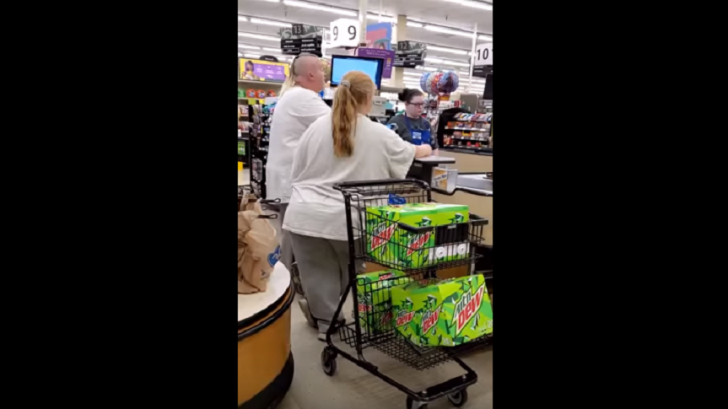 They Wanted To Buy 23 Cases

With the government and World Health Organization advising people to stay at home due to the coronavirus outbreak, it has led to panic buying over basic necessities like food and toiletries. Some even cleared out shelves of toilet paper and hand sanitizers. Thus, most grocery stores were forced to put a buying limit to ensure there are enough stocks for everyone.

A couple from Kentucky was recently caught on cam when they got all worked up because Kroger employees told them they couldn’t buy 23 cases or 552 cans of Mountain Dew. The new restriction policy only allowed three cases per household.

The man got upset, argued with the cashier, and began yelling. He can be heard on the video saying, “A straight up lie. What a liar! You’re such a liar. … You just told me right now that I could go outside and come back in and get the drinks.” He also called the manager “rude” while the woman tried to calm him down.

Before walking out, the woman threw two cases onto the counter. The bystander who filmed it couldn’t help but comment, “These folks are losing their minds over some Mountain Dew.”

You can watch the exchange below.