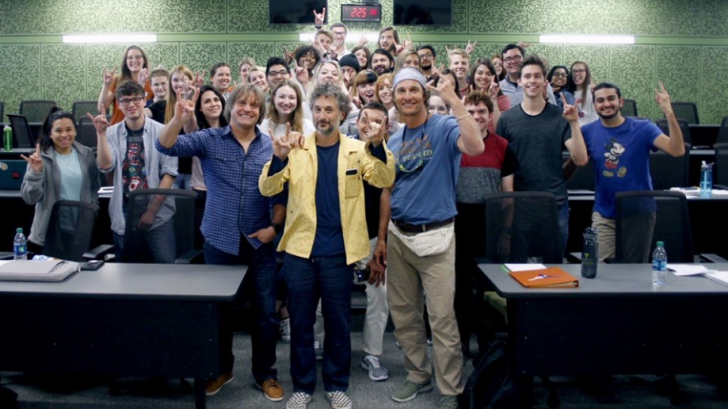 He Just Snagged A Promotion

Aside from being an award-winning actor and producer, looks like Matthew McConaughey is adding another title under his belt – that of a professor. The multi-awarded Hollywood A-lister will return to his alma mater, the University of Texas, after he’s been appointed as professor of practice at Austin’s Moody College of Communication. He earned his film degree back in 1993 and has been a co-teacher with faculty member Scott Rice for a Script to Screen film production course in UT’s Department of Radio-Television-Film since 2015.

After four years, he was finally promoted from visiting instructor to professor. In a statement, McConaughey said:

“It’s the class I wish I would have had when I was in film school. Working in the classroom with these students gives me a chance to prepare them. Making movies, turning words on paper into film, is both a science and art – no matter the time or generation. The elements of truth and genuine joy for the process are timeless. That will always be our classroom focus.”

McConaughey also helped create the class curriculum and the students have studied some of his films including The Beach Bum and White Boy Rick. Late last year, UT made him a “Minister of Culture.”