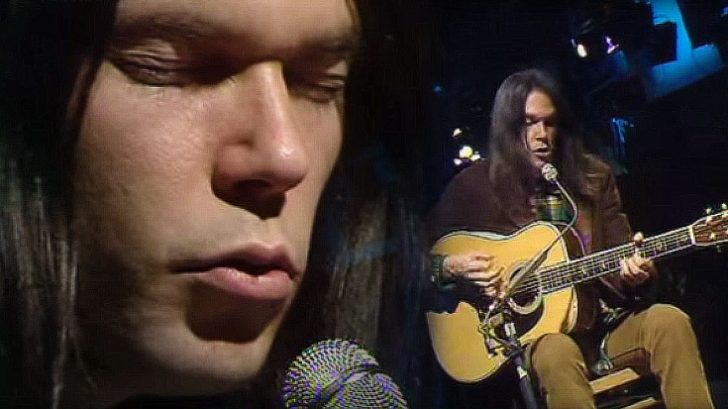 In 1971, Neil Young took the stage on the BBC and delivered a performance of ‘Old Man’ that tied in nicely with the song’s overall theme; written as a young man, Neil sounds like a young man trying to make a man twice his age remember what it was like to be young and impulsive, with the same desires for love and success. It’s wonderful hearing Neil perform it in 2018 – it comes full circle, like the old man finally fully understands who he was in his youth and seeks to remind the young to enjoy being young.

Written and performed by Neil on his 1972 album Harvest, ‘Old Man’ is likely one of the biggest hits of Young’s entire career, second only to ‘Heart Of Gold’. It compares a young man’s life to an old man’s and shows that the young man has, to some extent, the same needs as the old one, and even features the talents of both James Taylor and Linda Ronstadt on banjo and backing vocals.

Fun Fact: The song was written for the caretaker of the Northern California Broken Arrow Ranch, which Young purchased for $350,000 in 1970.

Neil Young is one of the most prolific songwriters since Bob Dylan, always writing content that gets to the heart of the human condition and telling our story in a way that makes us want to keep telling it. This rendition of ‘Old Man’ no different; it’s one of the best we’ve ever seen, and is a testament to Neil’s tremendous stage presence that makes you want to gather ’round and hear what he’s got to share with us.