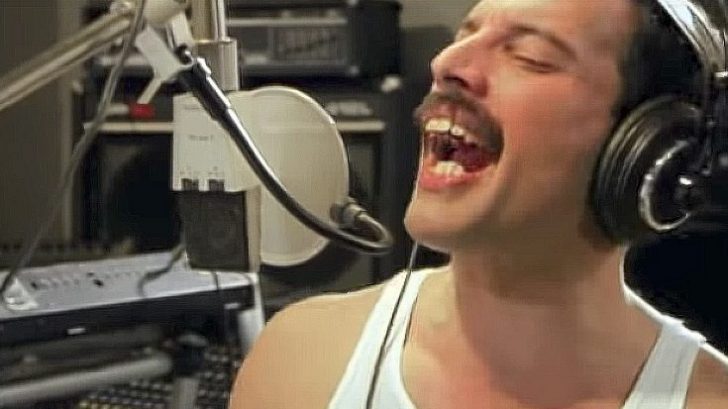 With just weeks to go until the 40th anniversary re-issue of Queen’s News of the World, the band is gearing up for the big celebration in the best possible way: two previously unreleased versions of your all time favorite songs. Released in 1977,  News of the World gave us famed arena anthems “We Will Rock You” and “We Are the Champions” – but as part of the November 17th reissue, fans can get a taste of these songs and 9 others as they were recorded during Queen’s ‘Raw Sessions,’ described by the press release announcing the reissue as being “mined deep from long-vaulted studio multi-track tapes” and present “never-before-heard alternative versions of each of the album’s 11 tracks.”

Fun Fact: News of the World’s album cover was a painting by American sci-fi artist Frank Kelly Freas. Taylor had an issue of Astounding Science Fiction whose cover art depicted a giant intelligent robot holding the dead body of a man. The caption read: “Please… fix it, Daddy?” to illustrate the story “The Gulf Between” by Tom Godwin.

While remarkably similar to the final versions, these ‘Raw Sessions’ recordings of “We Will Rock You” and “We Are the Champions” are a fantastic glimpse into Queen’s recording process, complete with studio banter and Freddie Mercury overheard counting off and giving directions to his bandmates and the studio engineers. At first listen, they’re absolutely perfect; sure, you can hear rough edges that were later smoothed down after being endlessly scrutinized by the guys in Queen, but if that’s what their rough edges sounded like then it’s no wonder the final versions wound up being absolute masterpieces.

The level of perfectionism that went into everything Queen put their hands or voices to to is never more apparent than in these unreleased tracks, and we’re sure that these are gems that you’ll be every bit as enamored with as we are. Enjoy!