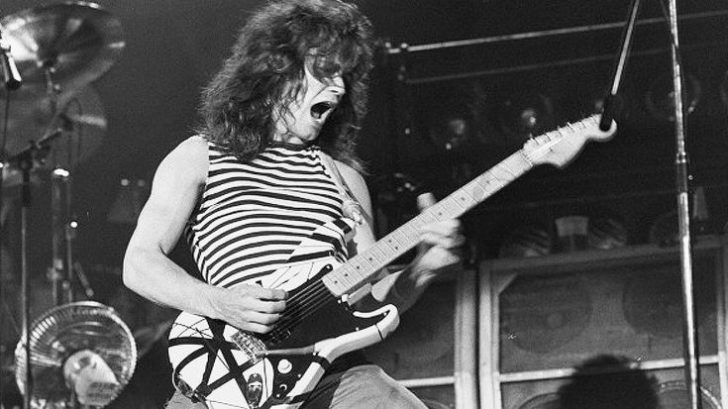 Van Halen were the pinnacle of success in classic rock! They were amazing live, had great musicians and always topped the charts! If you had to make a list of the best live bands in the history of music, you would definitely have to include Van Halen on that list! Their live shows were always entertaining, and this audio from 1981 proves just that!

Along with all of the crazy guitar solos Eddie Van Halen used to pull off, the amazing effects they would have on stage and the crazy fans, Van Halen always paid tribute to the bands that inspired them. In this rare clip from the band’s performance in Paris, France from 1981, you can hear the band covering Black Sabbath’s “Symptom of the Universe.” Black Sabbath inspired Van Halen, and it was only fitting that they treat the crowd with an amazing cover of their song.

“We’ve started trends, but that was not what we had in mind.” – Eddie Van Halen on Tony Iommi

This recording is of the entire concert, and the set also includes a cover of The Who’s “Summertime Blues, and an unreleased song titled “Voodoo Queen.”

“Summertime Blues” starts up at the 50:00 mark, while “Symptom of the Universe” begins playing around the 53:40. Be sure to check it out!