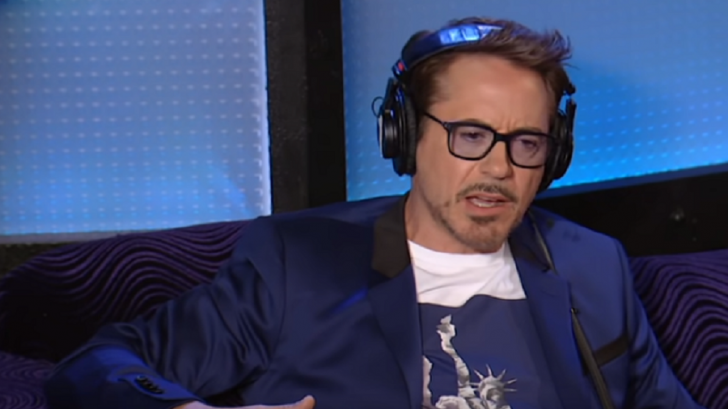 via The Howard Stern Show/YouTube

Robert Downey Jr. won’t be reprising his role as Iron Man despite fan petitions but it seems like after over a decade of playing one of the most famous superheroes in the Marvel Cinematic Universe, he finally learned a thing or two from the billionaire-playboy Tony Stark.

Attending as a keynote speaker at Amazon’s inaugural Machine Learning, Automation, Robotics, and Space (re:MARS) tech conference in Las Vegas and in front of dignitaries, astronauts, and artificial-intelligence experts, he talked about MCU, his Iron Man suits, his past struggles, and AI. Of course it goes without saying that he injected jokes in between those topics. Towards the end, he spoke about the launch of a new initiative called Footprint Coalition.

It’s his plan to use robots and technology to clean up our planet in the next decade.

“Recently, I was at a table with supersmart, impressive, expert folks about six months ago, and the following statement was made: ‘Between robotics and technology, we could probably clean up the planet significantly, if not entirely, within a decade’.”

And although it’s easier said than done, RDJ still wants to give it a try.

“I know it’s a kumbaya-type dream. It’s a logistical clusterf—. I’m down with dedicating myself to maybe one small part of making good on that statement, even in abject failure, it’s still the best idea I’ve ever had.”

The Footprint Coalition will launch on April 2020. In fact, there’s not much on their website yet.

“In 11 years, when I’m 65, if we’ve made even a little dent in what I think is a massive threat to our future and the mess we leave behind, I’m going to come back and throw the nuttiest retirement party you’ve ever seen.”

From global temperature rise to shrinking ice sheets, the impact of climate change is becoming more and more alarming. We should all do what we can to help save the planet. We’re glad Robert Downey Jr. is doing his part too.