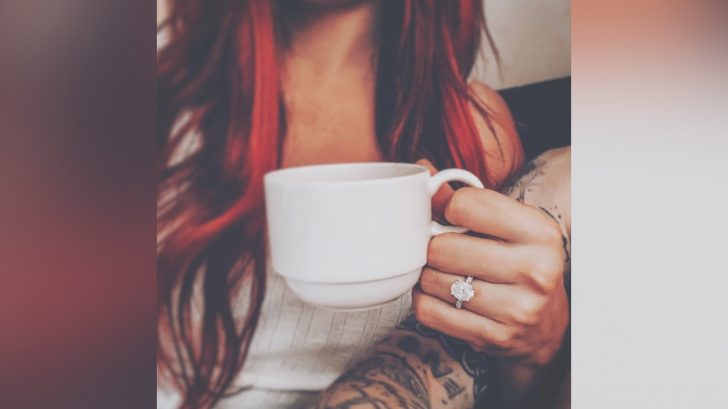 Just the other day, the rock & roll community was sent into a frenzy when on Instagram they saw that one of their very own were finally going to be tying the knot with his longtime girlfriend. That rock legend would be Corey Taylor.

The Slipknot and Stone Sour frontman made the announcement via Instagram that he was engaged to longtime girlfriend Alicia Dove.

The ring is absolutely gorgeous and so is the photo in its entirety. The crazy part is that the proposal apparently happened in their home and in their sweat pants. No seriously…

After breakfast at home, as I put the salsa back in the fridge I shut the door and he was standing there with a ring. Got down on one knee, and I immediately started crying on the floor with him. In our kitchen. In our sweats, nothing fancy. It was fucking perfect. https://t.co/uW2OjlK7kg

Sure, it’s not the most traditional way of proposing to someone, but hey, it’s more rock & roll than anything. Corey was crying. Alicia was crying. I was crying. You probably weren’t crying, but everyone else was crying.

Other big names took the time to congratulate the two on their engagement. 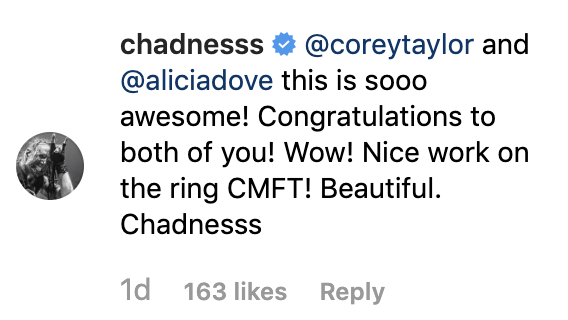 Hardly a single person from the rock community, or anybody famous for that matter, went without acknowledging the announcement. Everyone who’s a fan said their congratulations!

We’re honestly SO happy for Corey and Alicia. The rock & roll community are always in agreement that these two make arguably the cutest couple in all of rock & roll. For years these two have been stealing the show on social media, and now it’s finally been made official, they’ll be trying the Slipknot, so to speak…

No word yet on when the wedding is going to be, but we can definitely assure you that you’ll be the first to know when and where it all goes down!