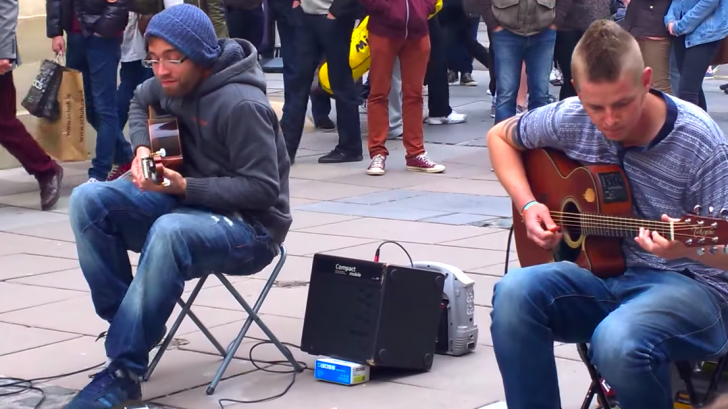 The great behemoth of an epic song “Bohemian Rhapsody” will always be a challenge to cover in any form. Only a few actually nail it. A cover of this Queen classic should be nothing short of impressive. Good thing this guitar duo did just right by it.

Young British guitarists Mikhail Asanovic and Jake Wright, together known as The Showhawk Duo busk in the streets and make people stop for their amazing renditions of classic songs on classical guitar. The duo took their talent again to the streets with their classical guitar cover of “Bohemian Rhapsody” and their version of it is a pretty refreshing take away from the usually big and bold nature of the song.

Their playing style is clear and clean cut, with the melody sharp and the rhythm well-rounded.

They sure can draw a crowd with their impressive playing styles and modernization of traditional musical structures. Which makes sense given that Mikhail is a classically trained guitarist and that Jake is an electric guitar enthusiast who grew up playing in rock and metal bands.

Check out their classical guitar arrangement of “Bohemian Rhapsody” below: