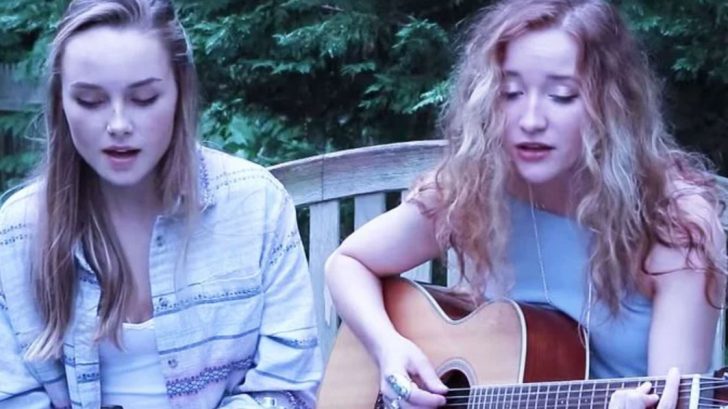 They definitely did Stevie Nicks Proud!

One of Fleetwood Mac’s most popular tunes is their song “Rhiannon” off of their self-titled album in 1975. The song is a tranquil and peaceful ballad that really showcases the band’s vocal talent, especially Stevie Nicks’. The song is incredibly difficult to cover, but we finally found two girls that did the song justice!

Alice Kristiansen and Jessie Marie Villa linked up for a duo of the song that was absolutley beautiful! The song is unplugged and out in the open, showcasing their true raw talent. The tranquil cover is peaceful, and their voices harmonize each other almost to perfection. We definitely believe Stevie would enjoy seeing and hearing this, knowing her music has touched so many generations and inspired so much talent!

Fun Fact: Rhiannon is the name of a Welsh goddess. According to myth, Rhiannon, the goddess of fertility and the moon, shuns a god and marries a mortal man. That god then frames her for the murder of her own son, and she is forced to stand at the entrance to a city and tell everyone entering that she killed her child.

Check out this duo’s dynamic cover down below and show them some love! Let us know what you think!