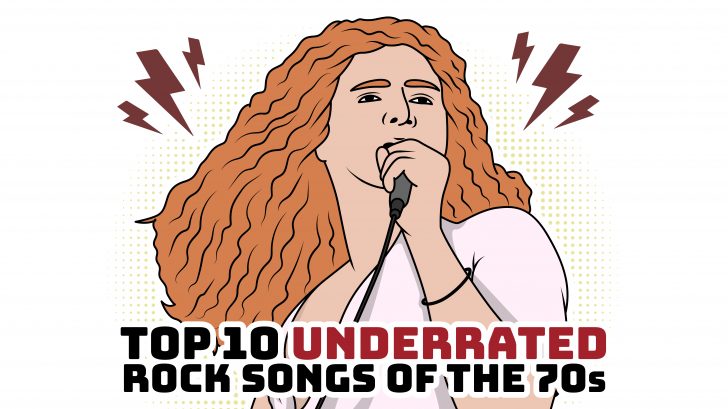 Where Did Songs Have Gone?

Thank you for the years of the 70’s. This was the era in which we have discovered such incredible talents who brought us the genuineness of rock music. If not for this rock artists we would have been wandering into an abyss of soulless music. They were the force of nature for Rock Music. They made music an inspiration for our lives. It is a total worth of decade of great rock music. And here we are, still wishing to go back to those times. Remembering the days where stadiums were insanely overcrowded just for people to reel in with real music. Those days were gone, but can never be forgotten.

A piece was written by Robert Plant that tells the story of his travels all around Morocco, Greece, and Spain. He was inspired to write the lyrics by Flamenco and Moroccan traditions.

We all know who Achilles is, according to myth, he was immortalized when he was dipped into the river of Styx by his mother who held him by his heel, unfortunately, leaving the heel vulnerable in. Paris had the chance to kill him during the Trojan War by shooting an arrow in which directly hit Achilles in his heel.

As far as this song goes, this is definitely an epic one and mostly one of the underrated songs in the 70’s. it includes the insane best solo of Jimmy Page and that awesome galloping baseline of John Paul Jones that we don’t often hear. Why is that most of the polls we’ve seen around doesn’t include this Zep song? It should be listed in our Top 20.

Ronnie James Dio was known for his love and interest in anything ancient, old, medieval, or Baroque. We can also find that his home is decorated with such collectibles.

With that knowledge, Stargazer’s lyrics are about a wizard. A wizard who has enslaves countless numbers of people who were forced to build a stone tower for him.

This song reminds us of Kashmir, a song by Led Zeppelin. The reason why it was overlooked, their riffs were alike. But we should consider this song. It’s an amazing piece. The guitar solo of Ritchie absolute kills anything that Jimmy did for Kashmir and that awesome vocal by Dio. Stargazer is as much as powerful as any great songs and should be considered as one of hard rock or heavy metal’s greatest classic. Though if we’re about to vote which one is great, why not vote both.

A song that will result in homesickness. It’s one of the unique songs we’ve ever heard from Deep Purple. It has an awesome riff, rhythm, and melody. Everything in it will make you WOW in a sec. Each instrumentalist on the band has solos. In which case that the song demonstrated a unique and incredible writing skills.

It’s unbelievable that a song like this came out from the 70’s. And it’s hard to say why it was so underwhelmingly underrated. Well, maybe the complexity of the song made it odd in that rock era context, dominated by blues-based rock n’ roll songs.  This song is definitely epic.

The more we scrolled through every top rock song lists, the more we don’t glaze over this song. We don’t see it. It is deserving and should be on any lists. Why is it that this song is incredibly underrated? It’s a pure hard rock song and one of Queen’s greatest song (in my opinion).

There is even a big possibility that if this song never existed some of the biggest 1980’s rock band won’t exist either, one example is Metallica. This is the very song that essentially crafted every thrash metal bands. This song is a very traditional Heavy Metal. Should be in at least top ten of Queen’s songs.

One of the most overlooked 1970’s rock classics, barely even considered as one the greatest rock songs… Well, it always comes down to personal taste in music. The song has an explosive emotion and spiritual deep meaning. Some people may even refer to its meaning for getting high with marijuana.

This song is worth digging out. David Bowie had definitely numerous hits during the 70’s but this one should be in the top 20 at least of one of David Bowie’s best. David Bowie was an incredible artist. He made a lot of incredible songs that we would never forget and we sometimes come back to listen. Mainly the reason why this song was overlooked because he had so many great ones.

Black Country Rock is one of best as far as we talk about his other heavy songs in his 1970 album, “The Man Who Sold the World.” He was such an artist that he ever tried to duplicate Led Zeppelin hard rock style and came up with a song like this.

It’s a shame that this song is so far down on every list. With Steve Marriott voice? Man, this song should be at least top 10. He was such an inspiration for the likes of Steve Perry or Paul Stanley.

This song will definitely hit in your rucksack bag of how the way he delivered that amazing vibrato. He was the real deal, pitch-perfect with a huge and wide range and all. We could even listen to him sing the phone book all day long. He could even make Bon Jovi look like an amateur singer just by this song.

When Slade rocked the world in the 70’s they made an awesome song that will make you in awe. Gudbuy T’ Jane is one of the reasons why we need to go back to the 70’s. With all these today’s world music offerings, we just wish that someone could build a time machine already.

One and only song of Black Sabbath that can make a cheerleader dance. It’s a pretty quite underrated record. Just because it lacks the tone of heaviness and the signature Black Sabbath sound it doesn’t mean that we have to overlook this one.

They definitely experimented here, who would have thought that they can also rock it out and adopt a blues-rock based inspired style. We often hear their songs very dark and doomy. I hope people would just be open to accepting that they really did a record such as this one so that we could enjoy this release. For what it is worth this song is incredibly put together which break the genre boundaries of Black Sabbath in which we have always distinguished.

Not only that this song is underrated but the band also, definitely one of the most underrated bands of all-time. If maybe the band had only named their band differently, maybe then they would be recognized. It’s confusing, it’s like a title of a song.

This one is definitely a great song, however, it’s pretty ironic that no one could ‘remember’ this one.  It’s one of the most perfectly written and played guitar solos in the 70’s. It has a great approach to a melodic staccato solo. Paul Kossoff, the guitar player was only 19 years of age when they recorded this song. Incredible right? They definitely have the sound and tone to die for.