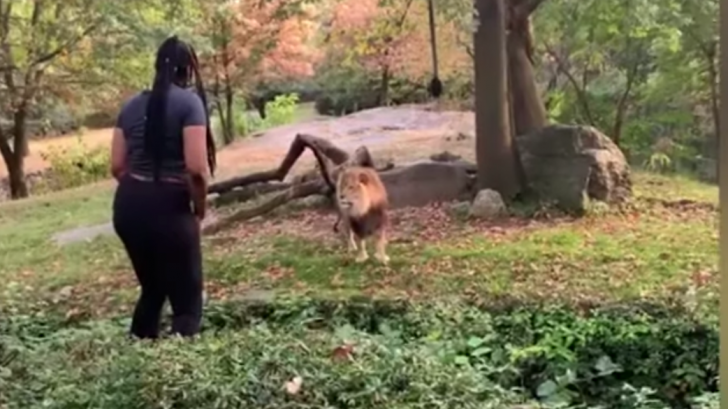 A lady has entered the lion’s exhibit at the Bronx Zoo in New York and stood dangerously close in front of the male lion. She then proceeded to do a little dance standing about 15 ft from the beast. It is not clear for the reason the woman decided to enter the lion’s den, but spectators in the video don’t seem to be in a panic and you can even hear chuckles and laughter. The video is from an Instagram account and the zoo has stated that they were aware of the report as it happened on Saturday, but thankfully no injuries were reported. Probably not the best idea to do this. Perhaps a dare? Or maybe had one too many.